Kung Fu and the Art of Living 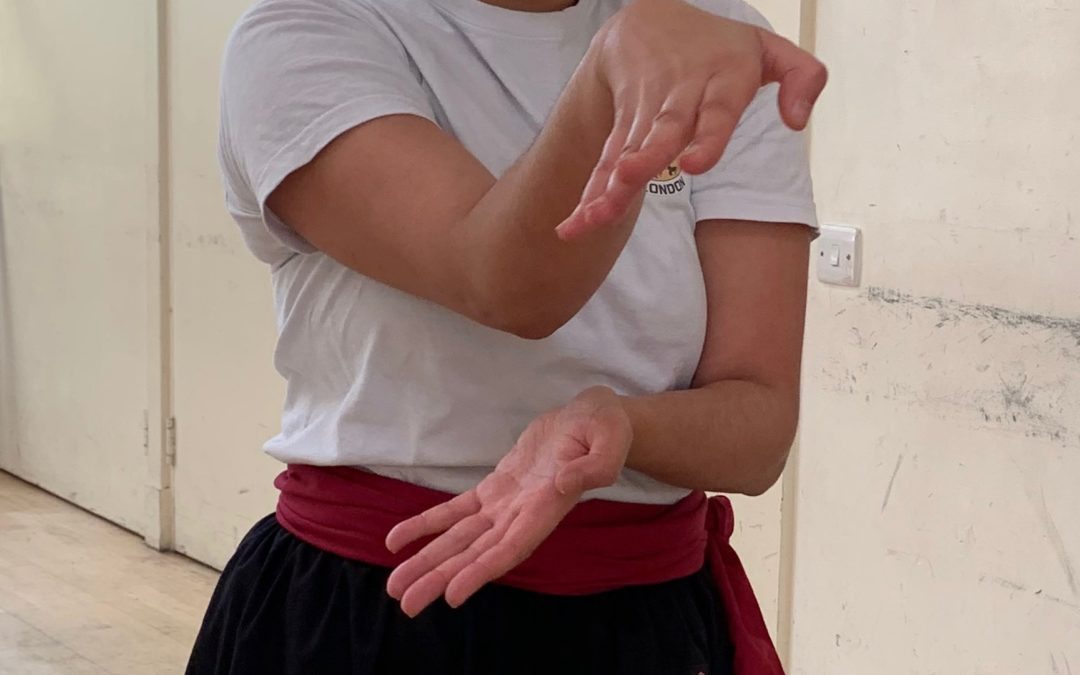 In September 2016 I started a one-year academic post. After months of feverish searching, applications, and obligatory self-doubt, this was the first academic job I secured after the completion of my PhD. The stakes were high: there might be a permanent post on the horizon. I was on alert, trying to learn the ropes of a new job and simultaneously demonstrate my worth as researcher and teacher.

At the same time I also took up Tiger Crane Kung Fu in London, where I was living at the time. My partner said, it’ll be good exercise and help with The Stress. Having not done any meaningful exercise since I left school at 16 where PE was compulsory, the first few classes left me with wobbly legs reaching for the railings at the tube station. But the challenge of Kung Fu was not simply in coming to terms with my lack of athleticism. My first few classes were revealing in other ways. Here I was trying to learn something from scratch of which I had no experience or knowledge. I watched more senior students punching, blocking, kicking, and knocking arms with alarm. I did not understand what was going on or how I would be able to do any of these things which others understood so intuitively. I felt like a child. What had I signed up for?

But, I kept going to class and not just once a week but twice and three times even, because training quickly became a necessity. This was not because of facile equations about exercise and endorphins. I found class exhausting and challenging. It would have been easier to go to the gym! In retrospect, it is because the practice of Kung Fu was like holding up a mirror to myself. This was literally the case in classes at St Luke’s on Old Street. We train in a studio with mirrors and if by chance I stood in the front row or caught a glimpse of myself from further back, I would avert my gaze from myself. These moments of discomfort yielded insight about how I was training and how I was living. They showed me feelings of shame ran like veins through my life. In fact, the shame of being rumbled as an imposter in academia and in the Kung Fu classroom were closely linked. To be seen, therefore, was dangerous because it meant being vulnerable to exposure and that others – whether they were my instructor, fellow students, colleagues and even my own students – would see my failings too.

Having being inducted into a life of scholarship, I always considered that knowledge was something to be gleaned from books and those who wrote them. The self-knowledge garnered through Kung Fu has allowed me to cultivate an understanding of myself as a body. This sounds silly but Cartesian dualism forces us to separate our bodies from our minds. This dualism encourages us to regard the life of the mind as superior and the academy is built on such thoughts. The marketised university is also grateful because while we type our bodies atrophy beneath us and this is our problem, not theirs. Ask anyone who has ever visited Occupational Health or registered with a disability in a university.

Kung Fu has taught me the distance between knowing something and not knowing something is an action. It is how you throw a punch; it is how you block one; it is a twin upper crane; it is a tiger swipe. The process of learning is a process of doing and if you can’t do something then you have to understand why. More often than not, the answer to ‘why can’t I do this movement’ lies in experiences which have sedimented in your body. I have understood through training that my body has been at war, doing it’s best to protect me from the dangers I have internalised in my life. The prickling on the back of my neck, a cold sweat, body tightly wound, my energy unfocused but a feeling of constant vigilance dominates. A rising tide of panic or anger or irritability which threatens to overwhelm me and those next to me. This reaction, which is often described as ‘fight or flight’, pervaded my life. It was how I reacted to everything from a cancelled train to the prospect of precarity to reviews of my research papers.

Kung Fu has taught me through the repetition of movements, I can direct my energy with purpose, clarity, and power. When the threat of panic arises, I know and I trust that I can bring this under my control. Not through writing or reflecting or talking but through doing. It is established that trauma, stress, and anxiety have deep and serious physiological impacts on our health. Kung Fu has forced me to confront inscriptions of bodily trauma and also to renew myself through practice. In a classroom full of Kung Fu siblings who are striving for the same mastery and an instructor who is on our side, the possibilities of living better are now in my grasp.